In order to offer you the best possible online experience and to tailor content to your interests, we use cookies on our website. If you continue browsing, you agree to the use of cookies. Detailed information on the use of cookies and how you can object to their use at any time can be found in our privacy policy.

The battery is the most expensive component of an electric car. Even in a small car, the battery pack is worth several thousand euros. Once it has reached the end of its service life in the vehicle, this energy storage unit is still working at around 70 to 80 per cent of its original energy storage capacity. It would be a real shame to send such an expensive battery for recycling when it still has so much potential. It can embark on a long second life – as a stationary storage unit. According to estimates, these batteries may be able to operate commercially in stationary storage facilities for at least another ten years.

This improves the material efficiency and the CO2 footprint of the battery. Furthermore, it provides constant income for the owner, who has a range of options for re-using the energy storage unit before it eventually wears out and needs to be recycled. As such, these second-life batteries are beneficial for a wide range of stakeholders, both from the automotive and energy sectors as well as from a social and environmental standpoint. Over the next ten years, as the number of batteries formerly used in electric cars increases, there will also be many more uses for second-life batteries. Analysis by IDTEchEx indicates that by 2029, three million battery packs that were previously used in electric vehicles – with a combined storage capacity of 100 GWh – will become available each year.

Minimal Wear for Batteries in the Power Grid
In order to ensure that this potential does not go untapped, some businesses in the automotive and energy sectors have already launched a range of different projects to explore this new technology. One of the first companies to do so was Munich-based The Mobility House (TMH). When the stationary storage project in Lünen was launched in 2016, it was the largest of its kind in the world. Since then, the vehicle batteries at Lünen and one other location (Elverlingsen) have been providing more than 20 megawatts of power and serving as an output buffer for the power grid.
The energy storage facility consists of at least 1,000 battery systems from Smart electric cars, which are manufactured by project partner Daimler. What surprised even the experts from TMH was the fact that owing to the intelligent charging and energy management technologies, hardly any of the batteries wore out at all. Quite the opposite, in fact. The careful management of the second-life batteries made it possible to draw a higher capacity from the units than was possible when they first arrived. The useable capacity increased by around 0.3 per cent.

A Living Spare Parts Depot
This finding is of significance for another project that The Mobility House and Daimler have implemented together at the Elverlingsen location. This stationary storage facility is on the site of a decommissioned coal-fired power station, which makes it a textbook example of the ‘Energiewende’ (energy revolution). The eight megawatt system consists of more than 2,000 new third-generation Smart battery modules – a kind of living spare parts depot. There are enough modules for around 600 vehicles and they can be removed at any time, should they be required as replacements for faulty batteries in Smart cars. Being deployed at the Elverlingsen site actually improves the battery’s performance further down the line because in order for batteries to be suitable for use in vehicles, they need to have been carefully charged and discharged on a regular basis. As the project in Lünen has shown, this does not have a detrimental effect on capacity.

A large-scale battery plant project at the Johan Cruijff Arena in Amsterdam, where the range of uses for electric car batteries is being further extended, was named “top business model 2018” by trade magazine pv magazine and the project also won a T3 Award. At the sports and events arena, which has a capacity of 55,000, TMH used its experience from the project in Lünen to implement a concept for providing emergency power that is both innovative and sustainable. If the power cuts out, the three megawatt system can provide the arena with energy for at least one hour. Previously, this task had been performed by diesel generators. Unlike the diesel units, however, the battery system does not have down times. The batteries, which are made by the automobile manufacturer Nissan, temporarily store the solar energy from the roof of the stadium during low-load periods. They also smooth out the expensive peaks in electricity usage that occur during events and provide the operator with revenue on the primary control power market. With these cost savings and incomes, the system will have paid for itself in less than ten years.

But it doesn’t stop there. The plan is to expand the energy system by adding 200 charging stations for electric cars in time for the UEFA European Football Championship in 2020. This will involve the installation of bidirectional charging points, which will also be able to draw power from electric car batteries, further increasing the system’s capacity and overall efficiency. 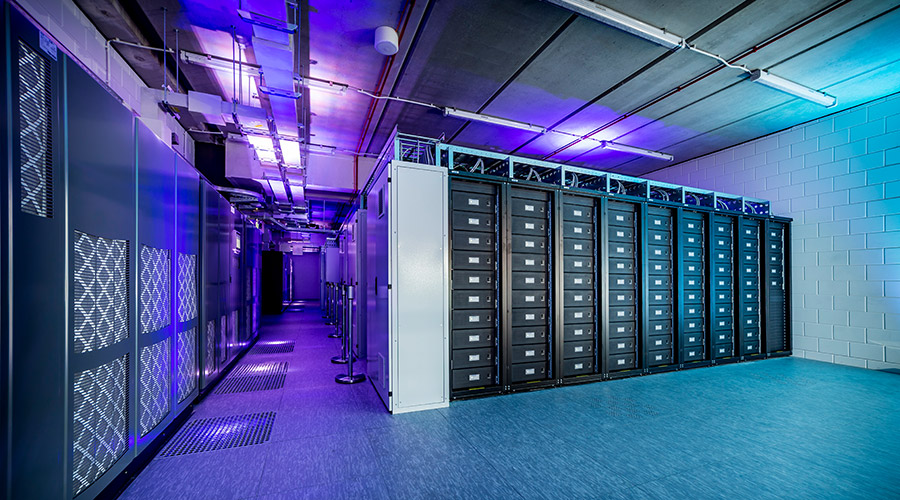 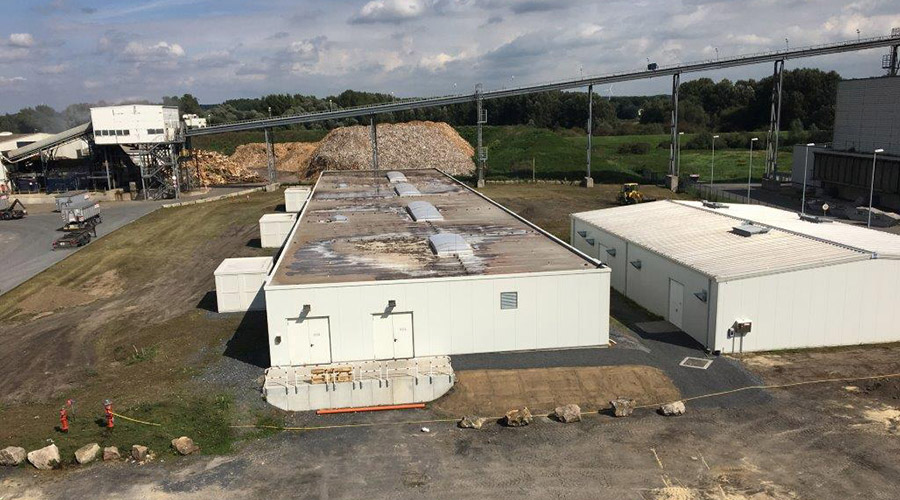 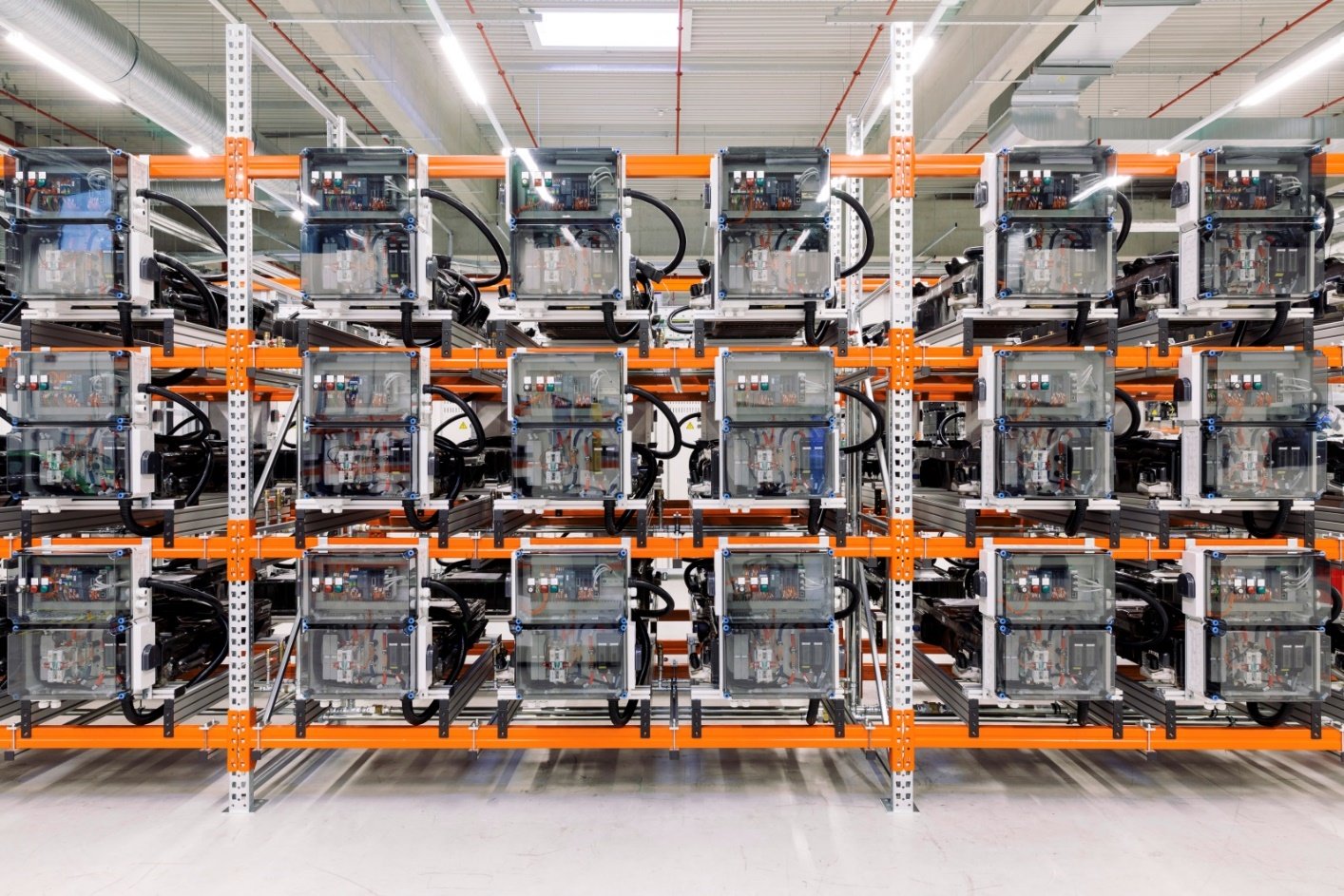 Other ongoing stationary storage projects
The Mobility House’s latest project involves a partnership with the car manufacturer Audi at the EUREF Campus in Berlin: A stationary storage system consisting of 20 e-tron batteries that have previously used in electric vehicles. The companies involved in the project are using the storage facility at the EUREF Campus as a living lab, with the potential offered by integrating e-mobility into the energy industry being demonstrated in a wide variety of applications. Meanwhile, work has been underway for some time on the series production of stationary storage facilities that consist of used vehicle batteries housed in shipping containers. Together with Renault and leading system integration partners, a range of battery containers are to be realised by 2020. These units will be able to cater for the electricity needs of more than 5,000 households. Some locations in Germany and France have already been chosen and additional sites are currently being sought out and evaluated. The car manufacturer Renault has been selling electric cars in Europe since 2012 and is looking for additional ways of generating revenue from ageing vehicle batteries. In the years ahead, numerous other manufacturers will be following its lead.

Projects like these can help improve the speed, efficiency and cost-effectiveness of the process of integrating renewable energy, which is set to account for 40 to 45% of the energy mix by 2025. Indeed, utility-scale stationary storage facilities are the key to stabilising the power grid when there are weather-related fluctuations in the quantities of wind and solar energy that are generated. In the next ten years, electric cars in Germany alone will introduce five to ten times more storage capacity to the market than all of the pumped-storage power plants put together.
If this circular economy approach can lengthen the lifetime of electric vehicle batteries, the benefit will extend beyond simply improving the overall CO2 footprint of vehicle batteries. Electric cars will also become more competitive because they can generate additional revenue. In 2017, the electric car batteries that were used in the TMH projects (approximately 2,000 in total) generated an average revenue of €1,134.

1) Modules are partially converted into vehicle battery sizes; circa figures